A guide to use python with pepper the robot

Choregraphe is an excelent tool for rapid prototyping of pepper applications. However with python, you can do a lot more with pepper with less overhead and with quicker runtimes.

When coding, you'll use functions. A lot. This is because you can executed many lines of code and reuse code with a single line. A function has this form

Lets unpack this part. The def keyword indicates you want to define a function. my_function is the name of the function, you can name your function whatever you want, as long as it doesn't share the same name as a pre existing function. () is where you put your parameters. They will be delt with later. The Some code will be executed after the function name is called. For exaple if I have the following code

First we create an empty python box by slecteing python box in the 'create a box' menu of the right click menu. Double click on the new box to access the coding area. The box will already have four functions; __init__, onload, onUnload, onInput_onStart, onInput_onStop. Onload is called when the applications starts and ie, when the play button is pressed and onInput_onstart is called when the block is activated. The other functions will be covered later.

Press play and the robot should say 'hello world'. For more on text to speech click here

A very important part of any programming is logging, which alows for messages to be sent to to a log menu to identiy the you code while running to identify bugs. There are four different types of logs, debug, info and error, the function of each are self explanitory. To make a write the following:

Where message is the text to be outputted to the log menu.

While this guide will go through how to use python and creating own own boxes, it's still handy to use the pre-built boxes in choregraphe to make our lives easiser. First a box input my be created by right clicking on the box and creating an input called my_input. 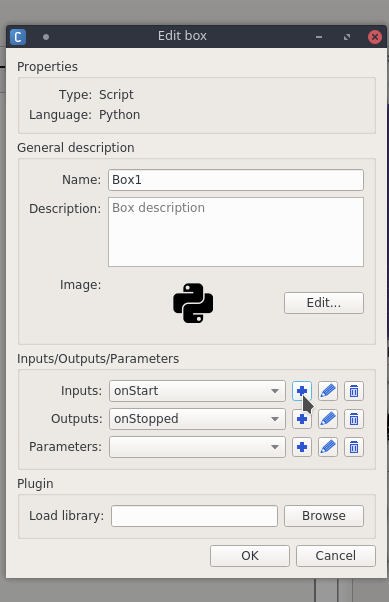 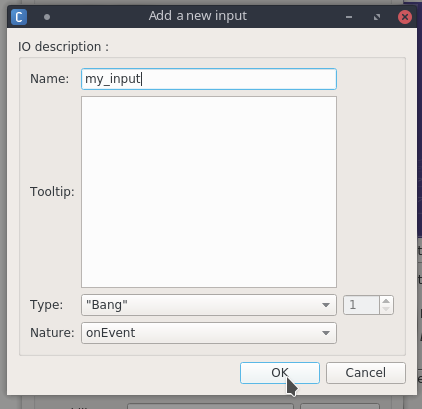 In to accept box inputs we use the following code

The first line of the above code must be in line with the other def statements. This is a function, we've seen then before as they prepopulated the python box. When a function is called the code underneath the function definition line (def my_function():) is executed. For more on functions click here. Now when a box is activated with a line, this function will be called.
To execute an output we must make an output on the box. 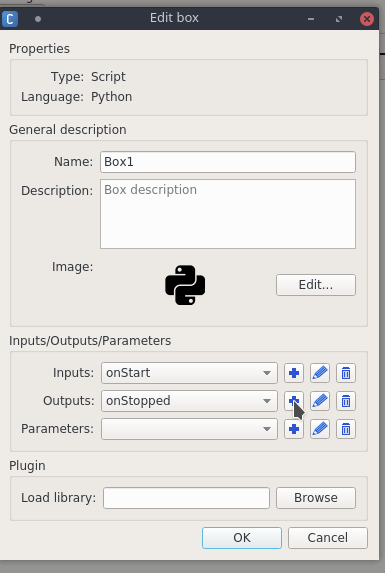 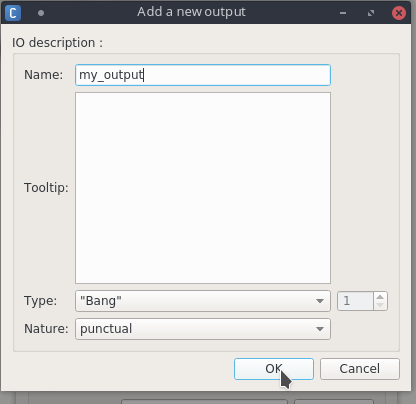